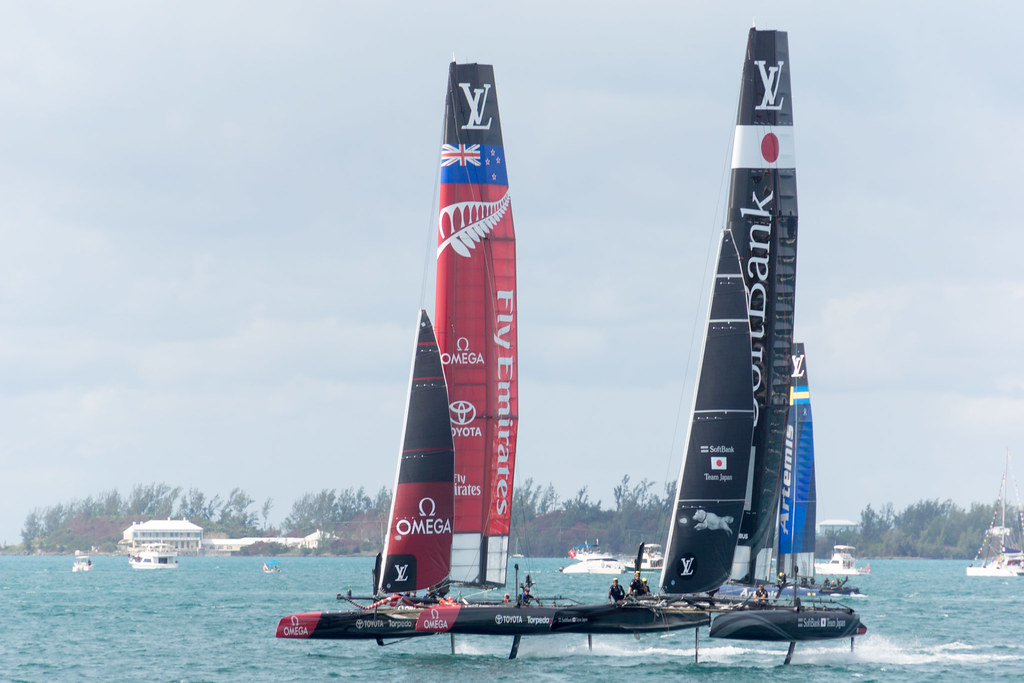 The oldest and most prestigious sailing race is probably one of the most famous races in the world.

The Americas Cup is the oldest sporting trophy when it comes to international competitions. Founded by Royal Yachting Squadron in 1851, this race was held around the Isle of Wight in the UK. America was the name of the schooner that won the first race and trophy has his name in honor of the first winner.

In order to compete in the Americas Cup, the rules are simple. Yacht club that holds America’s Cup is the defender and the second yacht club that represent the challenging team are challengers. It is a competition between two yacht clubs, one yacht each. The challenging team needs to meet the specific criteria and requirements in order to challenge the defending team. Those requirements are specified in the ‘deed of gift’, an instrument that governs the rules to make a valid challenge for America’s Cup and the rules of the races. Both teams are making agreements on the timing of each match. If the challenging team wins, they get to keep the Cup. The first challenge happened in 1870 by the British tycoon James Lloyd Ashbury and his schooner Cambria but failed to win the race.

America’s Cup through the years became the most exclusive yachting event in the world and consequently attracted big brands and sponsors into the ‘game’. Millions are spent in the research and development of the yachts, competition skyrocketed investments so today’s modern teams spent more than 100 million USD each.

Challenges in the last decade

Since 2010, when Golden Gate Yacht Club defeated Societe Nautique de Geneve in Valencia by 2-0, only three more challenges occurred. In the 2013 Team New Zealand raced against the Oracle Team USA in San Francisco but lost by 9-8 and the Cup remained in the possession of the Golden Gate Yacht Club. Team New Zealand had more success in 2017 when they beat 7-1 Oracle Team USA. The next race will happen in 2021 in Auckland where Team New Zealand is competing against the Luna Rossa and the Circolo Della Vela Sicilia. We are excited to see what the next competition will bring to all of us, sailing lovers.

Our official partner for 2020 is DronesGlobe.com.

Searching is in progress